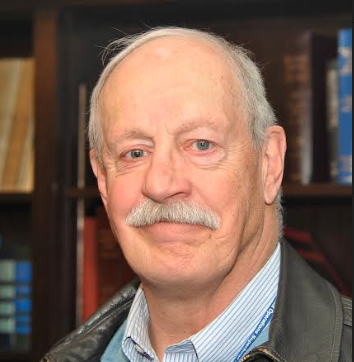 Greg Stejskal: “When Flynn was interviewed, he did lie.”

I first met Bill Priestap (Edward William Priestap) in the mid-90s. I had been talking to University of Michigan football teams every Fall since 1982. I would bring along other agents and federal prosecutors, and we would talk about illegal sports gambling, drugs and other things that college players should avoid. Bill Priestap was head coach Lloyd Carr’s director of operations, responsible for arranging the FBI talks.

Bill and I became friends, and he expressed interest in becoming an FBI agent. He had a master’s degree in educational administration and business administration, and a law degree. He also had the experience of running a major college football program. I encouraged him to apply.

He did and was accepted, entering duty in 1998. Bill opted to pursue administrative advancement and in 2015 became assistant director of counterintelligence at FBI HQ.

In July 2016, Bill Priestap faced probably the most consequential decision of his career.

On July 22, Wikileaks released emails that had apparently been hacked from the Democratic National Committee, specifically from John Podesta, Hillary Clinton’s campaign manager. This resulted in the FBI initiating an investigation of the cyber intrusion of the DNC.

Five days later, the Australian government advised American intelligence services that in May 2016, George Papadopoulos, a Trump presidential campaign advisor, had told the Australian High Commissioner to Britain that the Russian officials were in possession of politically damaging information relating to Hillary Clinton. 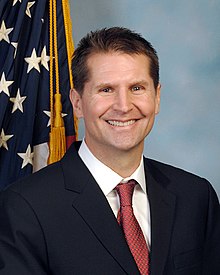 Presented with this information, Priestap authorized the opening of an investigation of possible Russian hacking and any connection to the Trump presidential campaign. The case was code-named Cross Fire Hurricane from the opening line in the Rolling Stones song, “Jumpin’ Jack Flash.” (The so-called Steele dossier played no role in the opening of the investigation. CFH investigators didn’t learn of the Steele dossier until September of that year.)

The FBI was careful not to make this investigation public, to avoid election influence. (Hillary Clinton’s use of a personal server for some emails involving Department of State business was already public information and was being investigated separately.)

Priestap continued to supervise the case. Following the election, the efforts of the Russian government to interfere and influence the election became public, and President Obama imposed significant sanctions on Russia.

Michael Flynn and the Ambassador

Retired Lt. General Michael Flynn, who had been a close campaign advisor to President Trump, was named to be national security advisor in the new administration. Flynn had several telephone conversations with Russian Ambassador to the U.S., Sergey Kislyak, prior to the inauguration.

The substance of these calls was known to the FBI through established electronic surveillance of Kislyak. Among other things, Flynn asked Kislyak to advise the Russian government to not retaliate for the new sanctions imposed by the Obama administration. Flynn indicated that the sanctions would be mitigated by the Trump administration.

When it became publicly known that Flynn had spoken with Kislyak prior to the inauguration, Vice President Pence made a public statement saying that Flynn had not discussed the Obama sanctions with Kislyak.  Apparently, Flynn had lied to Pence about his conversation with Kislyak. This was a big concern for the FBI and attorneys at the Department of Justice.

Memoranda, emails, and other documents discussing that strategy were released to Flynn’s attorney last month. (These documents are not exculpatory, referred to as Brady material, which would be required to be turned over to the defense in discovery.)

The discussion reflected in the documents addressed such topics as when to warn Flynn that lying is a crime. The effort was to learn the truth while balancing his rights. The documents also contain the question, “What’s our goal?” Is it, “Truth/admission or get him to lie so we can prosecute or get him fired?”

When Flynn was interviewed, he did lie. He was not encouraged to lie by the interviewing agents. In fact, Flynn was given several opportunities to change his answers. Once Flynn agreed to be interviewed, he always had the choice to tell the truth or lie.

Chris Wallace of Fox News characterized it this way: “Did the FBI play hardball? Yeah, guess what?  The FBI plays hardball. And guess what? If you’re talking to the FBI – and a lot of lawyers would say don’t talk to them unless you have to – don’t lie.”

The FBI informed the Trump administration of Flynn’s dishonesty.  Flynn was asked to resign for having lied to Vice President Pence. 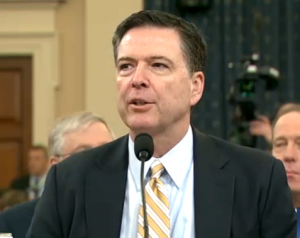 In March 2017, Comey testified at a congressional hearing that the bureau was investigating “whether there was any coordination between the (Trump) campaign and Russia’s efforts to influence the 2016 presidential election.” Comey did not say whether Trump was a target of the investigation.

On May 9, 2017, Comey was fired by Trump. The director of the FBI serves at the pleasure of the president and can be fired without cause. However, the following day, in the Oval Office, Trump told Russian Foreign Minister Sergey Lavrov and Kislyak, “I just fired the head of the FBI. He was crazy, a real nut job. I faced great pressure because of Russia. That’s taken off.” The following day, during an interview with Lester Holt of NBC, Trump said, “And in fact, when I decided to just do it (fire Comey), I said to myself, you know, this Russia thing with Trump and Russia is a made-up story. It’s an excuse by the Democrats for having lost an election they should have won.”

Flynn was charged with lying to the FBI by Special Counsel Mueller, and in December 2017, he pleaded guilty. As part of that plea, Flynn admitted under oath that he had lied to the FBI. Flynn thereafter cooperated with Mueller’s investigation.

At some point, Flynn apparently had a change of heart. In June 2019, he fired his attorneys and hired Sidney Powell, a Fox News contributor and proponent of the “Deep State” conspiracy theory. Since her hiring, Powell has been orchestrating an effort to withdraw Flynn’s guilty plea by alleging prosecutorial misconduct — so far unsuccessfully. 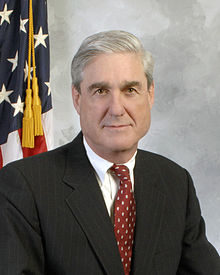 In March 2019, Mueller submitted his report and concluded the investigation, while prosecutors continued to pursue criminal charges from the lengthy probe. The investigation resulted in 34 indictments (including 12 members of Russian military intelligence service, the GRU, who will probably never be prosecuted), seven guilty pleas or convictions so far and compelling evidence that the president obstructed justice on multiple occasions. (A statement signed by over 1,000 former prosecutors concluded that if any other American engaged in the same efforts to impede federal proceedings the way Trump did, they would likely be indicted.) The Mueller report explicitly states the report does not exonerate the president. The report also concluded that Russian interference was pervasive and ongoing.

Clearly what began as an investigation of Russian interference in the 2016 election was not a hoax nor a witch hunt.

In December 2019, DOJ Inspector General Michael Horowitz submitted his report regarding the initiation and the beginning stages of the Russian investigation. The report found serious errors in applications for court orders to eavesdrop on a former Trump campaign aide, Carter Page. (Some similar errors in other applications not related to the Russian probe were also found.)

On March 3, 2020, a bipartisan report of the Senate Intelligence Committee found there was no reason to dispute the intelligence community’s conclusion that the Russian government interfered in the 2016 election with the goal of helping elect Trump president. The report from the Senate committee, chaired by a Republican, undercuts Trump’s effort to portray the Russian investigation as a hoax perpetrated by the Democrats and a “Deep State” embedded in the government bureaucracy.

Trump, at an April 19 Covid-19 briefing, called FBI leadership involved in initiating the Russian investigation “human scum.” He characterized the investigation as a “takedown of a duly elected president.” He went on to say, “what they did to Flynn was a disgrace.”

On April 30, Trump referred to people “at the top of the FBI” who prosecuted Flynn, Manafort and others as “dirty, filthy cops.” What apparently the president doesn’t understand is that to investigate and prosecute subjects in a case of this magnitude, requires “street” agents to do the interviews, execute search warrants and analyze enormous amounts of documentary evidence. Also involved are U.S.  attorneys — dedicated, career prosecutors. All have forgone more lucrative careers in order to serve their country.

I do not know Comey, but I do know Bill Priestap, and I have seen nothing to indicate that he isn’t the man of integrity and high ideals that I encouraged to join the FBI over 20 years ago. He retired from the FBI in April 2019.

The people Trump is championing are convicted criminals. He may decide to pardon them, but he should not attack the dedicated men and women of the FBI and the Department of Justice and impugn their integrity for doing their job, and in my estimation, doing it well.

Note: The U.S. Supreme Court stated in Burdick v. U.S. (1915) that accepting a pardon is a confession of guilt.